When I posted my review of the Minila back in April this year, I was really enjoying the Filco board - the only reason I moved off it as my daily driver in work was sound profile was making me stand out a little in the open plan office. However, since it was no longer my daily driver, I decided to try a couple of mods out on it to see if I could get a more muted sound from the board. One that might compete with my new Vortex Cypher with cherry silent red switches.

So, I really only try two things with my boards - foam and tape mods. The tape mod involves placing layers of masking tape on the back on the PCB of the keyboard. The foam mod involves placing - you guessed it - foam in the hollow area on the bottom of most keyboards. These sound dampening techniques are really common in modern enthusiast boards, and they normally come with all kinds of layers of foam. If I can, which in prebuilt soldered keyboards is nearly always impossible, I also add plate foam. This is a layer of very thin foam between the plate and the PCB.

With the Minila, I was able to take the board apart - first the frame - this is tough to do, almost as if they never thought anyone should do this. Then, separate the daughter board from the PCB and lift out the PCB from the frame. I have to say, this daughter board with a USB hub connection type was something I’d never seen before on a keyboard but a really nice design. 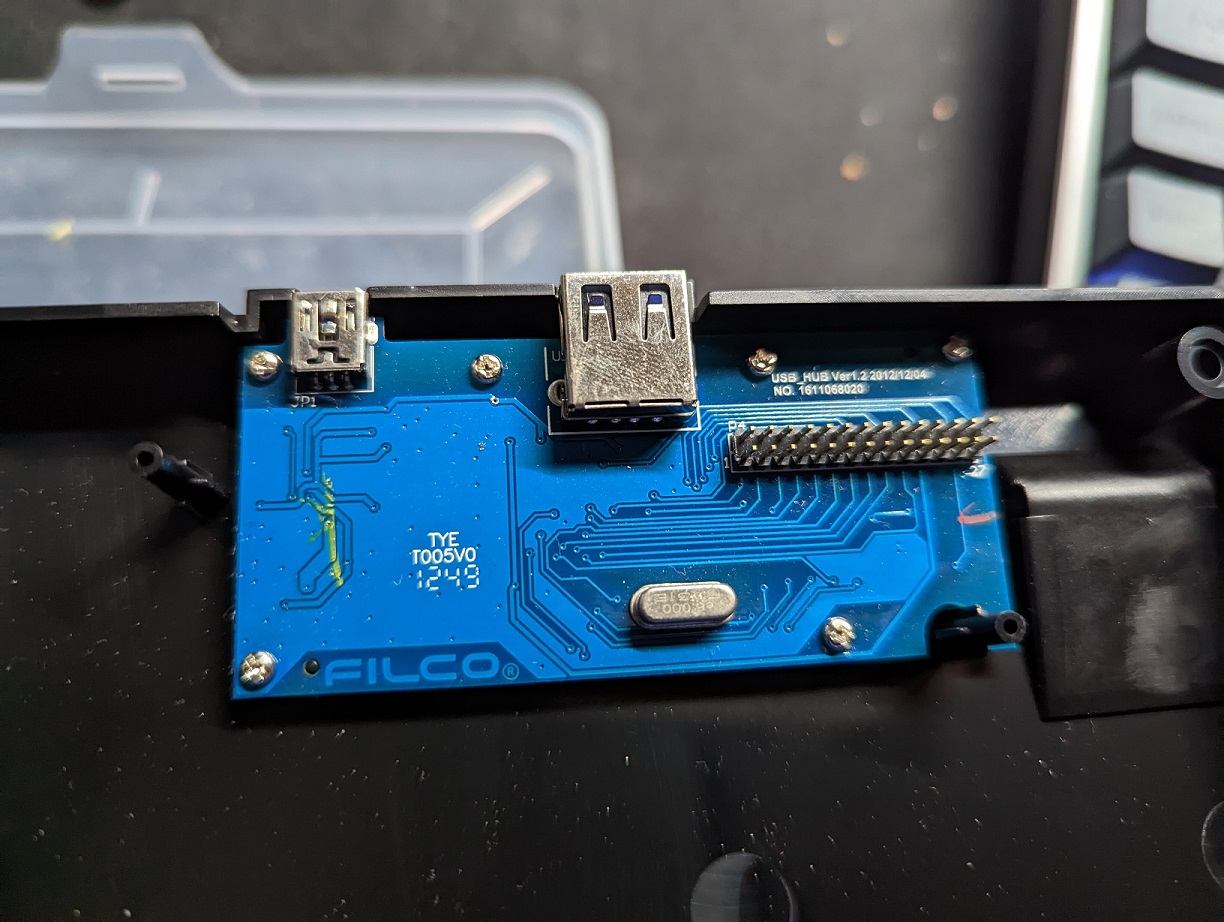 Then I could see what I was looking at. And to be fair to Filco, there was very little hollow space in the frame. However, I was able to fill it with some pretty dense foam. Then I taped the back on the PCB - careful around the daughter board connections. Three layers of masking tape is usual so that’s what I did. Someday if I have lots more time on my hands, I might have to see if anyone has played around with the number of layers to get a better or different result.

I put the board back together. I plugged everything back in, but I was already impressed after a handful of keypresses. The sound of the board was much improved. I was really blown away by it - at once I wanted to bring it back into the office and use it again, but although I loved the new sound profile - I’m still not sure it’s quieter than my silent red switches in the Vortex Cypher.

I’ll have to do a sound test, and really put them to the test but for now, I’m really impressed the changes that I’ve made. It really did change the sound profile and in doing so, improved it in my opinion anyway. I’ll have to spend more time with it, but initially this has been a useful modding session.

OBVIOUSLY I do not recommend you do this with a keyboard that you 100% rely on, or one that you need a warranty to remain valid on.